We have realized that we will be in this house for another year or two until the market goes down. Which means we had to make some MAJOR changes in order to survive. Britney has been in the nook of our room for the past 16 months and we are way past done with that. But because Brielle has health problems she is not able to share a room quite yet, which has left us with no where for baby to go. We've always considered putting Brayden in the basement, but I have struggled with that bc he's so young and he doesn't want to be down there by himself. So when we though of putting all three older kids in the basement it finally was a solution that I felt like I could do. So I immediately began moving everything around. We put Brooklyn and Brynlee in the big bedroom in the basement, which was the toy room. We turned their big bedroom upstairs into Britney's bedroom/little girl's toy room. Brayden will go into the small bedroom in the basement once Javier goes back to Panama. So we will finally be able to move the baby out of my room, as well as get our den back where Brayden has been sleeping. Yay!!! I've been super excited about this change and can't wait to get it all done! 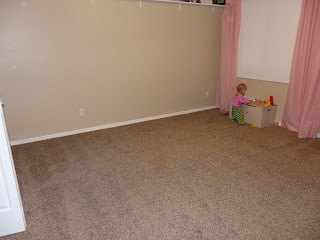 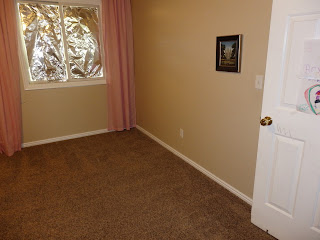 Posted by Shantelle at 8:25 AM