We headed up to the cabin with the Ericsons for New Years weekend. Josh and Steve went up a few days early to shovel the snow, get the snowmobiles running, and turn on the heat to the cabin. It was so much easier to go up there with everything already ready. We got there about 30 min after Michael and Natalie, which was nice to be able to have help hauling all our stuff. Unfortunately, the water that we were planning to have turned on was frozen, so we were having to haul buckets from outside. Not the end of the world, but an inconvenience we weren't planning on. It still took a while for the cabin to finish warming up, but the kids didn't waste any time getting out the toys and starting to play!

We played all day and enjoyed the evening. We got all the kids settled down for the night and were deciding what games to play for New Years Eve. At about 9:45 Josh was talking to his boss, Chad, that has a cabin on the other side of the mountain. He said their power went off! We felt super bad for them but lucky ours was still on. Well...40 minutes later our power went out. Ugh. Chad had told us that they called the power company and they said it would be 2am before they could get someone out. So we knew it was going to be a while. We found a bunch of candles and got the fires going to try and heat the cabin. Most of the cabin stayed pretty warm, but unfortunately the room Britney was in was freezing cold and didn't get any warmth from the fire. I tried and tried to get her to fall back asleep, but without heat and my trusty blow dryer to create white noise I couldn't get her to sleep. Finally at 3:09am the power came back on so I was quickly able to get Britney's room warm, ironically, using the heat from the blow dryer while it was also her white noise. I quickly checked the whole cabin and turned off all the lights that were left on and headed for bed around 3:30. What a night!!! 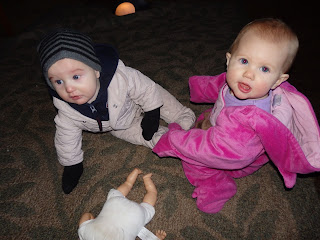 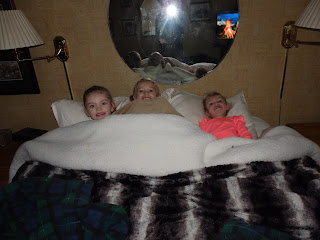 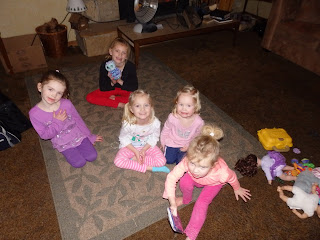 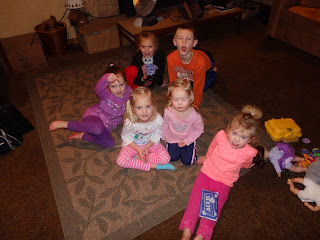 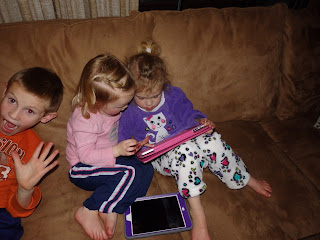 Posted by Shantelle at 2:02 PM