What a week! There were SO many conflicts with Brayden's b-day party. Half of the boys all had sporting games during his party. So we decided to move it to the morning...9-11. Ouch. Josh and I had his work party Friday night and didn't get home until 1, which meant we were up until 3:30 getting ready for the party. It turned out to be awesome! It was SO much work. It was our first home birthday party so I didn't know what I was getting myself into (I don't count Brooklyn's water party in our backyard a home party...although it was a lot of work, once the water was turned on I didn't have to entertain the kids one bit...they did that on their own.) N-e way, I spent all week cutting out hundreds of angry birds. Here are the decorations: 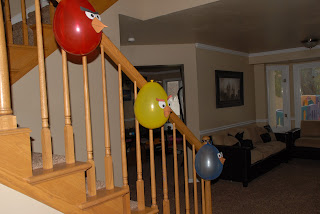 Rachelle and Sean made this awesome cake: 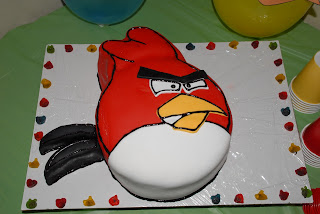 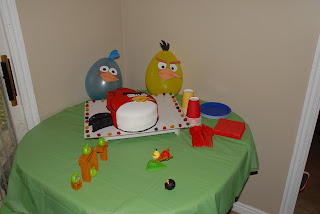 The little angry bird boxes on the left had their own angry bird game in them...pics are further down. 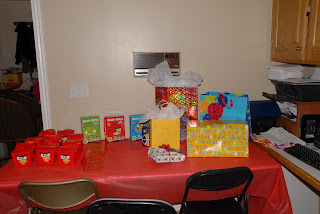 All the boys except Jaxon who had to leave early: 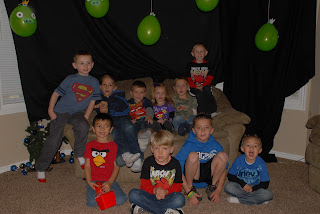 The games. We started with the boys split into 2 groups of 5. In one room we played angry bird twister and hit the pig: 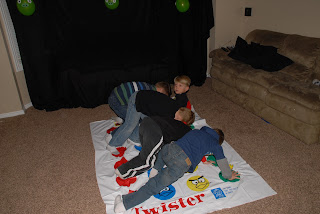 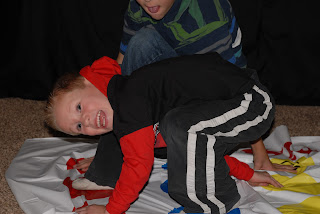 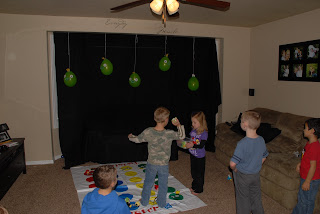 In the other room the kids played stick the angry bird on the pig as well asbuilding their own towers and knocking them down. 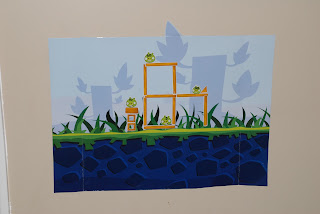 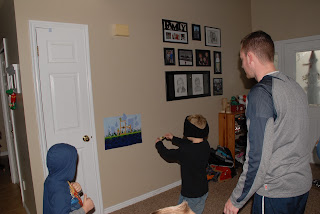 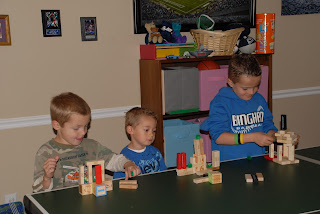 After these games we all came together and played angry bird Bingo while I got the egg hunt ready. Then we sent them all outside to hunt for eggs (apparently there are golden eggs in the angry bird game...hence the egg hunt.) 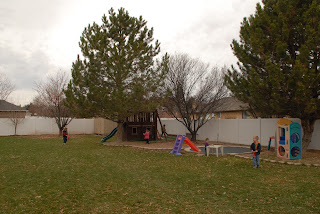 Next we gave them all their own angry bird games to take home. They loved building the towers and knocking them down. This is where I cut and glued on 100 angry bird faces onto the little fuzzies: 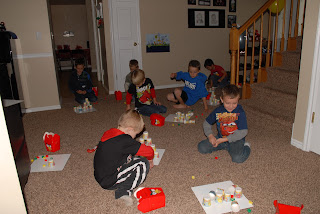 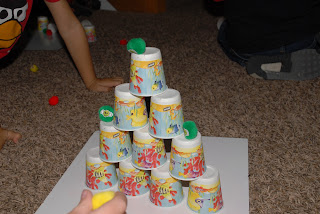 Last but not least was the cake and presents.  Brayden had such a fun time, as did we. It was worth all the work to see him enjoy the morning with his friends. Thanks to all that came and enjoyed it with us! 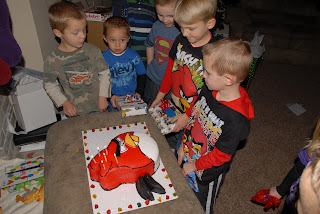 Posted by Shantelle at 9:29 PM