My mission president has held mission reunions in Brazil the past couple of years. I was very excited when they announced they were having one here...at a hotel less than 5 minutes from our house! Of course Josh had a BYU game to go to, so he was only able to stop by for a few minutes. They said we could bring kids and they had a blast. Well, Brynlee...not so much. I had already had it planned that Sean or Rachelle would most likely need to come get her so they came and picked Bynlee up after the kids ate. Brayden and Brooklyn had a lot of fun the rest of the night on the bounce house, toys, and doing all the fun things they had planned. As for me, I thoroughly enjoyed seeing so many people from my mission, especially my president and his wife. It was an enjoyable evening! 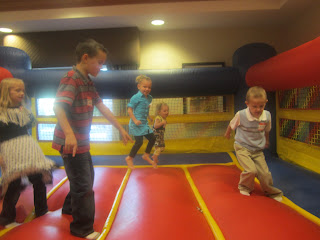 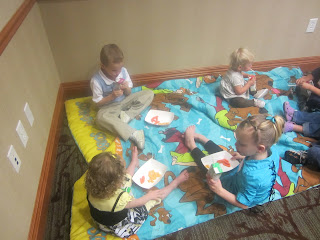 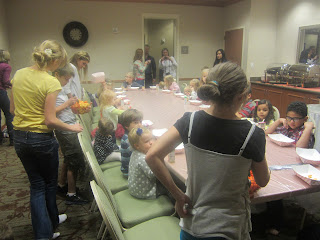 Posted by Shantelle at 7:27 PM