Josh and I celebrated our 7th anniversary on the 27th. The kids were invited to Crew's birthday party for the same night. They were really excited to go, so we decided we would take them to the party first then go to dinner. Josh had a crazy day at work so he got home a lot later than planned. I did a yarn maze for Josh with memories he would find along the way when he rolled up the yarn. Since he got home late, he didn't have time to do it until we got home. The pics don't do the maze justice. It was pretty cool looking. 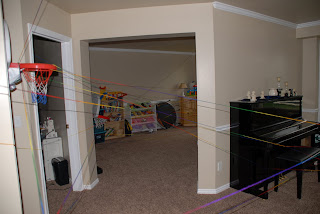 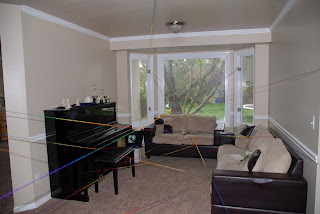 The birthday party was a lot of fun. It was a pirate party and the kids loved it. They even went on a treasure hunt. 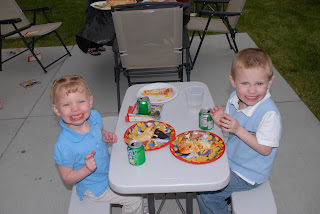 After the party we ran back home to put the kids to bed so we could go to dinner. As soon as we got home we realized Josh needed to do the yarn maze since we couldn't walk anywhere...we had to crawl. It was ok, but my sister who lives in the basement is 7 months pregnant and couldn't crawl very easily. 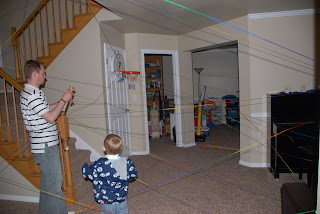 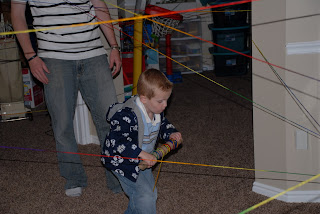 Sean and Rachelle finished putting the kids to back so we could get to dinner. We went to the Texas Roadhouse and it was SO good. Josh had never been there before and he really enjoyed it. We were too late for any of the movies we wanted to go to, so we just headed home. I'm so lucky to be married to my best friend. I've loved the past 7 yrs and can't wait for many more years to come. I love you!﻿

Posted by Shantelle at 9:59 PM