I was really dreading this night for a while. Josh went on an overnighter with the scouts, which meant we would be alone for the first time since we moved here. I wanted to make sure we had a fun night. Here are the kids eating jelly beans and watching Josh leave: 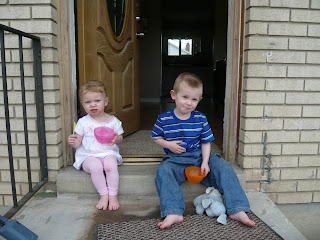 I didn't want to sit home with the kids all night, so I called Amy and we headed to the awesome West Jordan park. We ate dinner on the picnic tables then let the kids run wild. It's a lot of fun to watch Jaxon and Brayden interact more now. They followed each other everywhere using their little imaginations. Claire and Brooklyn stayed close to us, but still had a lot of fun. Here's Brooklyn swinging, her favorite thing to do of course: 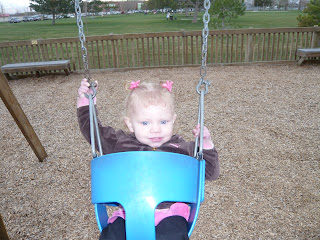 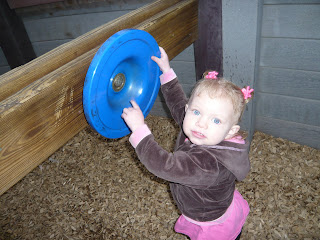 The storm rolled in after being there only about half hour, so we decided to head to Arctic Circle for ice cream and more playtime. Of course we had to go to 3 Arctic Circles before we found one with a playzone. Here's the kids eating their ice cream cones: 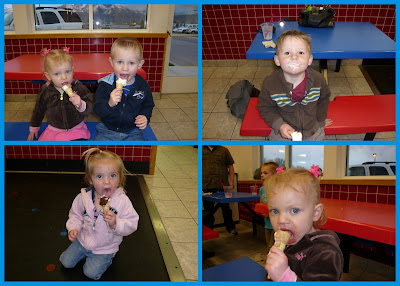 We spent atleast an hour hanging out while the kids ran around. The girls were a little too hesitant to play while there was so much going on, but the boys LOVED it. There were 3 other girls there, maybe ages 5-6, and Brayden and Jaxon chased them around the playzone the entire time. The boys were Spiderman, of course, and shot webs at them. I was shocked how entertained they were, especially because it wasn't very big. Again it really was a lot of fun to see the boys interacting so much. I am still amazed that at 3 years old they already get the concept of boy chase girl. Here's Jaxon shooting spider webs at the girls: 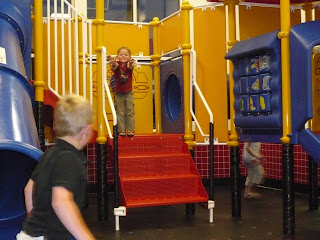 Brayden helping Brooklyn up the stairs: 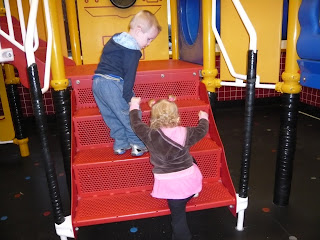 Once the other kids left, the girl started playing a little bit more. They were SO cute, just wanting to sit next to each other: 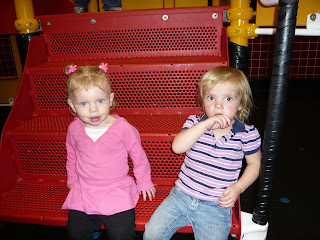 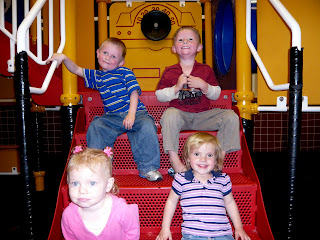 Posted by Shantelle at 1:26 PM