We signed Brayden up for soccer in South Jordan. He has been talking about it for weeks, waiting to start playing. His team is called the Rockets and he loves his red uniform. We were a little worried about how he'd play with a team, but he did great! The first half of the game he struggled a little bit getting pushed down a lot, but by the second half he had figured it out and ended up scoring twice! His team is quite good, considering half of them are 4 and playing in their 2nd year. Here's Brayden taking a rest: 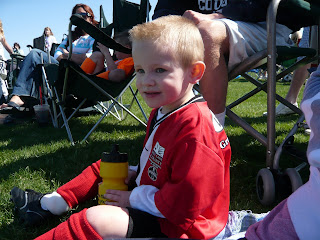 This is one of the two times Brayden cried. You can see him in the front dribbling the ball. He dribbled all the way down to the goal, then at the last second his teammate stole the ball and kicked it in to score. Brayden was quite upset b/c he wanted to score. Poor kid I'd be mad too! 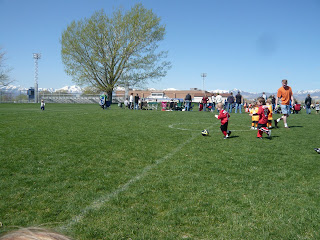 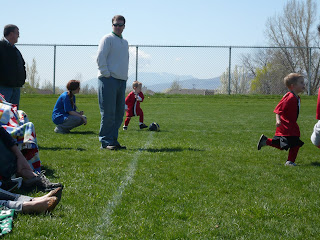 Doing the team cheer at the end: 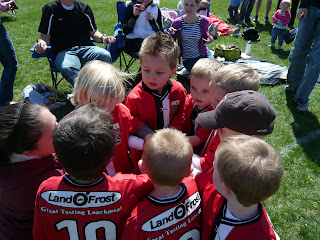 After the game the other team came over to give high fives to everyone. Brayden got confused and just stared at this kid in front of him. The kid finally just grabbed Brayden's hand to give him a high 5. It was pretty funny. 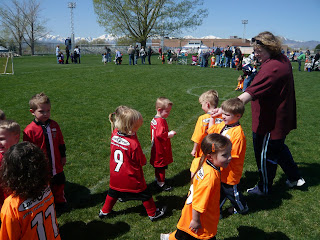 Posted by Shantelle at 1:09 PM